The Covid-19 outbreak has no major impact on Medpillstore activities. However, depending on the region, there may be slight shipping delays. 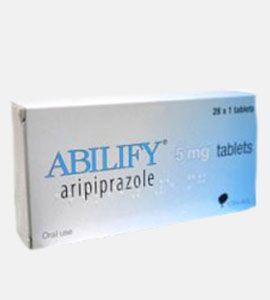 * For illustration purpose only

We ship worldwide. There's a standard shipping fee of €15 for all products you order with us (FREE shipping for orders more than €200).
Guaranteed delivery time is 10-15 business days but in most cases we'll deliver your order within 5-10 calendar days.
Our stocks are located both within EU and oveaseas. Depending on your product and location, our Shipping Department makes proper arrangements to deliver your products within the guaranteed delivery time. Your products are shipped via International Registered Mail. Tracking numbers are provided within 1-3 working days after shipping.
Your parcel will only have your name and shipping address on it: we never mention our website, product type or name on the parcel, so that your order is 100% discreet and confidential.
Our guarantee policy includes a possibility of free reships if your order is incomplete/doesn't arrive on time/arrives in bad condition or products are ineffective.

There are 17 users looking at this product right now

Dosage
Quantity
Price
5 mg
30 pills
€97.00
5 mg
60 pills
€131.00
5 mg
90 pills
€149.00
5 mg
120 pills
€169.00
5 mg
180 pills
€195.00
10 mg
30 pills
€99.00
10 mg
60 pills
€137.00
10 mg
90 pills
€159.00
10 mg
120 pills
€181.00
10 mg
180 pills
€213.00
15 mg
30 pills
€103.00
15 mg
60 pills
€145.00
15 mg
90 pills
€171.00
15 mg
120 pills
€197.00
15 mg
180 pills
€237.00
20 mg
30 pills
€129.00
20 mg
60 pills
€195.00
20 mg
90 pills
€245.00
20 mg
120 pills
€297.00
20 mg
180 pills
€387.00
Description
Common use
Abilify is an add-on medication used for the treatment of the major depressive disorder, schizophrenia, manic and mixed episodes associated with bipolar disorder in adults and children and adolescents and also of irritability associated with autistic disorder in pediatric patients. The mechanism of action of Abilify is unknown. It shows partial agonism at the D2 receptor, it is also a partial agonist at the 5-HT1A receptor, and also displays an antagonist profile at the 5-HT2A receptor. It has moderate affinity for histamine and alpha-adrenergic receptors, and no appreciable affinity for cholinergic muscarinic receptors.
Dosage and direction
Take Abilify once a daily with or without food. The usual starting dose is 10 or 15 mg, later the dose may be increased to achieve the desired effect.
Precautions
This medication was not approved for use in elderly people with psychosis related to dementia-related psychosis due to the risk of death. Antidepressants increase suicidal thoughts or behaviors in some adolescents especially if the dose is changed or during first period of treatment. Abilify was not approved for use in pediatric patients with depression. As Abilify is able impair judgment, thinking, or motor skills do not use is during operating hazardous machinery, including automobiles if you are not sure that Abilify therapy does not affect you adversely. Inform your doctor if you are pregnant, plan to become pregnant or breastfeeding before to take this medication. Avoid drinking any alcoholic beverages during treatment. Avoid overheating and dehydration. Hyperglycemia, or elevated blood sugar, may occur when taking Abilify. If you have diabetes mellitus, monitor your blood sugar levels regularly.
Contraindications
Breastfeeding, hypersensitivity.
Possible side effect
Most common adverse effects include nausea, vomiting, constipation, headache, dizziness, nervousness, sleeplessness, restlessness, tremors, cough, headache, insomnia, lightheadedness, rash, runny nose, weakness, and weight gain. More serious and rare adverse reactions such as an increased risk of stroke and ministroke; neuroleptic malignant syndrome (NMS) which symptoms include fever, rigid muscles, confusion; tardive dyskinesia (TD) which symptoms include uncontrolled and abnormal movements of body parts.
Drug interaction
Inform your doctor about all prescribed and over-the-counter medications and herbal products you are taking and especially if you use alcohol, blood pressure drugs, carbamazepine, fluoxetine, ketoconazole, paroxetine, and quinidine. Carbamazepine (Tegretol) decreases the levels of Abilifyole in the body stimulating the liver enzymes such as CYP3A4. Similar influence on Abilify is shown by phenytoin (Dilantin), rifampin (Rifadin, Rimactane, Rifadin, Rifater, Rifamate), and phenobarbital. Blocking of CYP3A4 by Ketoconazole (Nizoral) increases the amount of Abilify in the body. Other drugs with similar action are: itraconazole (Sporanox), fluconazole (Diflucan), voriconazole (Vfend), cimetidine (Tagamet), verapamil (Calan, Isoptin), diltiazem (Cardizem, Dilacor), erythromycin, clarithromycin (Biaxin), nefazodone (Serzone), ritonavir (Norvir), saquinavir (Invirase), nelfinavir (Viracept), indinavir (Crixivan), and grapefruit juice. Their action is not well studied though. Quinidine (Quinaglute, Quinidex) inhibits another liver enzyme known as CYP2D6 and also is able to increase the levels of Abilify. Other medicines with similar action are fluoxetine (Prozac) and paroxetine (Paxil). Abilify may dangerously increase blood sugar levels in patients with diabetes.
Missed dose
Abilify is taken once daily, so take the missed dose as soon as you remember. If the next dose is within 12 hours, do not take the missed dose and resume your normal dosing schedule. Never double the dose this medication.
Overdose
Common adverse reactions include vomiting, somnolence, and tremor. Other clinically important signs and symptoms observed iare acidosis, aggression, aspartate aminotransferase increased, atrial fibrillation, bradycardia, coma, confusional state, convulsion, blood creatine phosphokinase increased, depressed level of consciousness, hypertension, hypokalemia, hypotension, lethargy, loss of consciousness, QRS complex prolonged, QT prolonged, pneumonia aspiration, respiratory arrest, status epilepticus, and tachycardia.
Storage
Store at room temperature in a tight dry container out of reach of children and pets. Do not use after expiration term.

Write your review
Similar products
We use cookies on our website to provide you with the best possible user experience. By continuing to use our website or services, you agree to their use.

Thank you for the review!